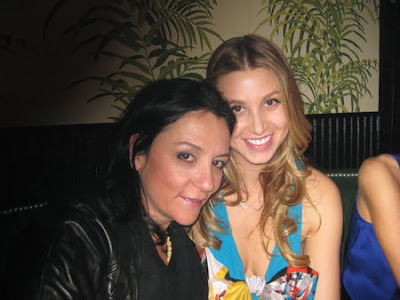 People’s Revolution founder and reality show star Kelly Cutrone is working on her own show. She told the New York Post:
“We’re working on a show together that’s going to showcase the nitty-gritty side of fashion publicity … Think of it as ‘The Wizard of Oz’ meets Stephen King meets ‘Rhoda.’ I’m really sure we’re gonna be the first p.r. company to be on TV that showcases what really goes down.”
Well, it’s now official. Cutrone’s show, “Kell on Earth” which is a working title, is scheduled to appear on Bravo.
Kell on Earth will follow Cutrone, who has previously appeared on MTV’s The Hills as Lauren Conrad and Whitney Port’s employer, and as she juggles running of her New York-based People’s Revolution public relations, branding and marketing firm with her role as a single mother.
We can’t wait to see the show!

Made it to #cannesfilmfestival #cannes2022

Rules to live by. - if you do not go after what yo

Follow me
This error message is only visible to WordPress admins

All pictures are taken by Emilie unless stated otherwise. © Copyright 2018